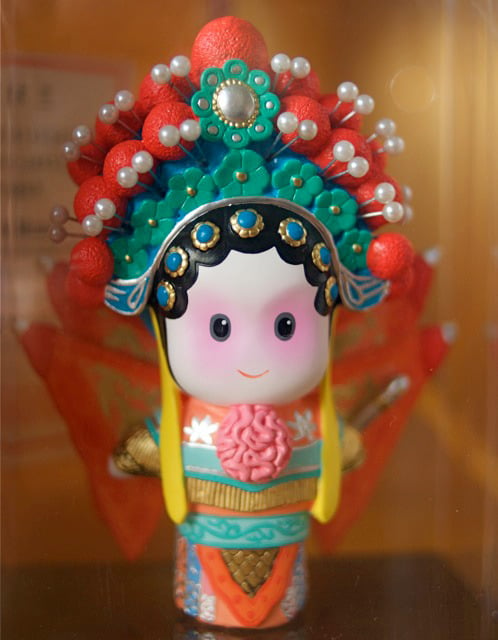 This action figure is produced by local artist in China, hand painted and crafted with so much fineness and details, as to the traditional costumes of Chinese Peking opera. It playfully blends the comic cartoon face into traditional Chinese opera character, to present an interesting and unique toy figure collection. It stands about 5" tall, in a acrylic display case, with a red packing box. Limited edition.
(Please be noticed that the figure is attached in the display box with screw, and the display box is sealed.)

Mulan, known as Hua Mulan, is a heroine who joined an all-male army, described in a famous Chinese poem known as the Ballad of Mulan. The poem was first written from the 6th century. The story was expanded into a novel during the late Ming Dynasty (1368–1644). Over time, the story of Hua Mulan rose in notoriety as a folk tale among the Chinese people. In 1998, Disney released an animated movie entitled Mulan based on the story.

WARNING:
This is decorating toy. Not for children under 4 years old.