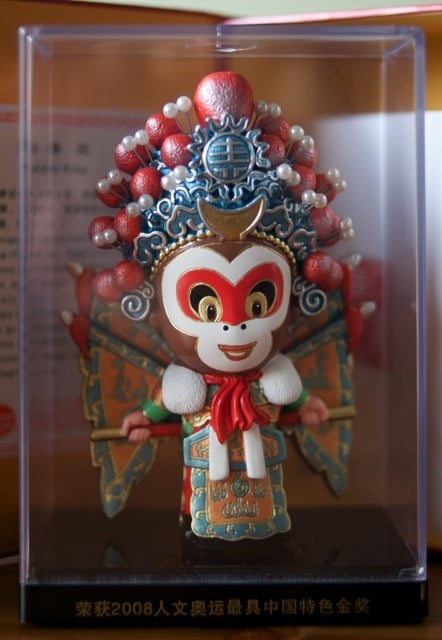 This action figure is produced by local artist in China, hand painted and crafted with so much fineness and details, as to the traditional costumes of Chinese Peking opera. It playfully blends the comic cartoon face into traditional Chinese opera character, to present an interesting and unique toy figure collection. It stands about 5" tall, in a acrylic display case, with a red packing box. Limited edition. (Please be noticed that the figure is attached in the display box with screw, and the display box is sealed.)

Sun Wukong, known as the Monkey King in the West , is one of the key characters in the classical Chinese fantasy epic novel "Journey to the West". In this legend story, he represents kindness, justice and bravery, just like an ancient Chinese version "Super Man". He became the real hero of the fantasy tales that pass on from generation to generation in China and the East Asia. Sun Wukong has been a staple character in many forms of media such as cartoons and comics, traditional Chinese opera, etc.

WARNING:
This is collection toy. Not for children under 15 years old.